Sarwar Kashmeri is an international relations specialist, author, and commentator, noted for his expertise on U.S. global strategy and national security. He speaks frequently before business, foreign policy and military audiences. He is the host of Polaris-Live, featuring 30 minute live conversations on the business and geopolitical impact of China’s rapid rise to superpower status.

Kashmeri is author of the Foreign Policy Association’s report “The Telegram: A China Agenda For President Biden“ (2021); “China’s Grand Strategy: Weaving a New Silk Road to Global Primacy,” (Praeger), his third book, was published in July 2019. It is a centennial book of the Foreign Policy Association where Sarwar is a Fellow. The book was released at a  Washington D.C. launch on 7 November 2019 featuring Kashmeri and former U.S. Defense Secretary, Chuck Hagel.

He is also an Applied Research Fellow of the Peace and War Center of Norwich University, Vermont, USA. He served a four year term as a non-residential Senior Fellow at the Brent Scowcroft Center for International Security of the Atlantic Council in Washington D.C. He serves on the American Advisory Board of UK’s Ditchley Foundation.

Kashmeri has hosted “China Focus,” a podcast series for the Carnegie Corporation of New York and has recently discussed China’s Belt and Road Initiative on television with Deutsche Welle, the German news network, and in a series of interviews with Xinhua, China’s global news agency.

He is the author of the U.S. Army War College’s monograph, “NATO and the EU’s Common Security and Defense Policy; Intersecting Trajectories” and is a frequent guest speaker at the United States Military Academy/West Point. Kashmeri has appeared in well-known publications including New York Times International, The Guardian, U.S. News and World Report, Xinhua, and Global Times. His TV appearances include CNN, Sky News, Euronews, CSPAN, and Fox.  Formerly the CEO of a New York based international technology company, Kashmeri has also served as a communications advisor for several Fortune 100 companies.

He earned a B.S. in Aerospace Engineering and a M.S. in Engineering, both from Saint Louis University. 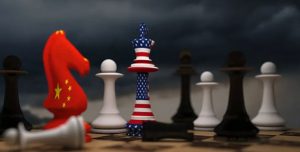 8 March, 2022 7:30AM EST
Henry Gao – A New Chinese Economic Order?
Henry Gao is a CIGI senior fellow and a law professor at Singapore Management University. With law degrees from three continents, he started his career as the first Chinese lawyer at the World Trade Organization (WTO) Secretariat. He taught law at the University of Hong Kong, where he was also deputy director of the East Asian International Economic Law and Policy (IELPO) program. He has taught at the IELPO program in Barcelona, Spain, and the Academy of International Trade Law in Macau, and was the academic coordinator for the first Asia-Pacific Regional Trade Policy Course officially sponsored by the WTO.

15 March, 2022 9:30AM EST
Deanna Horton – Canada between China and the US
Deanna Horton is a Senior Fellow at the Munk School of Global Affairs and Public Policy. She is a Global Fellow at the Wilson Center for International Scholars in Washington, DC, a Senior Fellow at the Asia-Pacific Foundation, and at the Canadian Global Affairs Institute. She is a Board member of the Stratford-Perth County Museum. She speaks French, Japanese, and German.
Previously a career foreign service officer, she was appointed as Ambassador of Canada to the Socialist Republic of Vietnam, the Canadian Embassy in Washington as Minister (Congressional, Public and Intergovernmental Affairs). She was a negotiator on the North American Free Trade Agreement. She served as Director, Canada’s Office of the Deputy Minister for International Trade.

Susan A. Thornton was Acting Assistant Secretary of State for East Asian and Pacific Affairs during the first 18 months of the Trump administration and led East Asia policy-making amid crises with North Korea, escalating trade tensions with China. She is a retired senior U.S. diplomat with almost three decades of experience with the U.S. State Department in Eurasia and East Asia. She is currently a Senior Fellow and Visiting Lecturer in Law at the Yale Law School Paul Tsai China Center. She is also the director of the Forum on Asia-Pacific Security at the National Committee on American Foreign Policy and a nonresident senior fellow at the Brookings Institution.

Professor Dewi Fortuna Anwar is a Research Professor at the Centre for Politics at the Indonesian Institute of Sciences. She previously served as Deputy Secretary in the Vice President’s office from 2010-2017 and a senior foreign affairs official from 1998-1999. She has also advised many international organisations and is currently a governing board member of the Stockholm International Peace Research Institute (SIPRI).

The nature of Chinese lending in risky countries remains poorly understood, a weakness that leads to faulty assumptions that result that are an impediment for crafting an effective U.S. foreign policy for China.

Deborah Brautigam, a leading expert on China in Africa, and China’s vast infrastructure project-Belt and Road Initiative (BRI) – is the Bernard L. Schwartz Professor of International Political Economy and Director of the China Africa Research Initiative (CARI) at Johns Hopkins University’s School of Advanced International Studies (SAIS) in Washington, DC. A Sinologist with extensive Africa research experience, she is the author of over 50 journal articles and book chapters.

The United States decisively terminated its 20 year long war in Afghanistan on August 31, 2021. In the world of geopolitics it was a seminal event, for many reasons: It was another military defeat for the world’s richest country with the world’s most powerful and well equipped military, at the hands of the Taliban, an army only in name that fights in sandals. A humiliating ending for America, to say the least.

While it is too early to figure out what this defeat means for America, for Afghanistan, China, India, and Pakistan–the key players in that part of the world, it is not too early to state that the impact will be profound.

PolarisLive joins this geopolitically, and economically critical dialogue in our October 2021 lineup featuring experts from the U.S., India, and Pakistan.

12 October 2021 9:30AM ET
Larry Goodson & Pamela Crossley – Out of Afghanistan
On October 12, Professor Pamela Crossley, Dartmouth College’s renowned China expert will host PolarisLive’s guest Professor Larry Goodson of the U.S. Army War College. Prof. Goodson is one of the most knowledgeable Americans about Afghanistan, and its neighbors, especially India and Pakistan. He is steeped in the geopolitics of all three countries through numerous visits and his views are sought out by U.S. military and political leaders. Goodson and Crossley will set the stage for PolarisLive’s discussion of the impact of America’s defeat by the Taliban on the Asian subcontinent and for America’s policy for the region.

19 October 2021 7:00AM ET
Ayushi Ketkar, Prof. J.N University, India – Out of India
On October 19, we welcome Professor Ayushi Ketkar, from Jawarhalal Nehru University, New Delhi, India and its Special Center for National Security Studies. Her latest book “Geopolitics of the Himalayan Region,” is essential reading to understand the fault lines of that region.

26 October 2021 7:30AM ET
Dr. Nadim Hussain, Islamic Policy Research Institute – Out of Afghanistan
On 26 October we welcome Dr. Nadim Hussain, Executive Director of Islamabad Policy Research Institute (IPRI) based in Islamabad. He was previously the director of South Asia Study Group at the University of Sydney. He has served in senior advisory ro﻿les in the Government of Pakistan on matters of security, development and foreign policy. 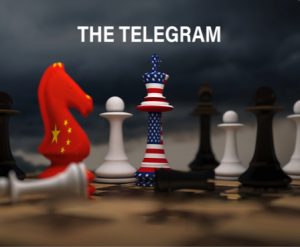